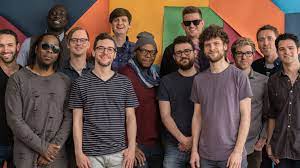 When the world-renowned jazz-funk-fusion band Snarky Puppy comes to the Newport Music Hall on Friday, April 21st, 2023, they will be bringing their signature sound that has earned them three Grammy Awards and a devoted following around the globe.

The band was founded in 2004 by bassist Michael League and drummer Matt Chamberlain, who were both students at the University of North Texas. They recruited a group of their fellow students to form a band that would fuse their love of jazz with their other musical interests, which include rock, funk, and R&B.

Since then, Snarky Puppy has released 11 studio albums, including their most recent, Immigrance, which was nominated for a Grammy in the Best Contemporary Instrumental Album category. They have also toured relentlessly, performing in over 40 countries on six continents.

Their live shows are legendary for their energy and musicianship, as well as the band’s ability to get the audience involved in the music-making process. So don’t miss your chance to see Snarky Puppy when they come to the Newport Music Hall on April 21st, 2023!

Tickets to Snarky Puppy at the Newport Music Hall are selling fast, buy yours now whilst some are still available.